From Constantia to Kalk Bay

Alexa, our feisty heroine, has encountered a few surprises while staying in Constantia. Now her quest requires her to move on. In the garden of her great-uncle's house, she takes a last look at the Cape's signature flower, the protea. In this case, colloquially called 'Sugar Bush'. 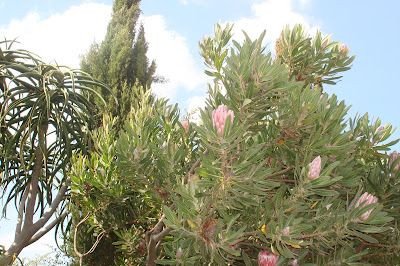 Following a clue as to her half-brother's whereabouts, she sets off around the coast for Kalk Bay. Here's a view of the harbour (just!): 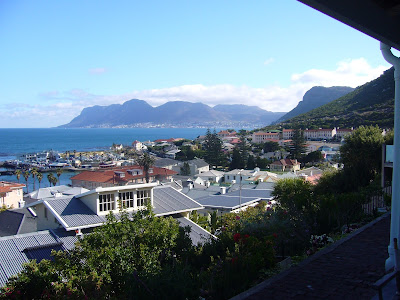 and one of the streets, although I don't have the exact one she has to visit. To give you an idea... 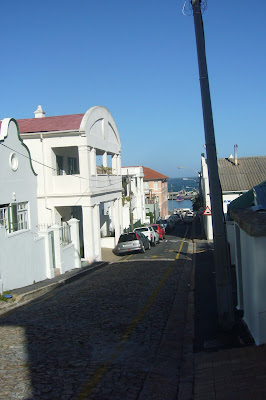 and of the steepness of the street she has to ascend: 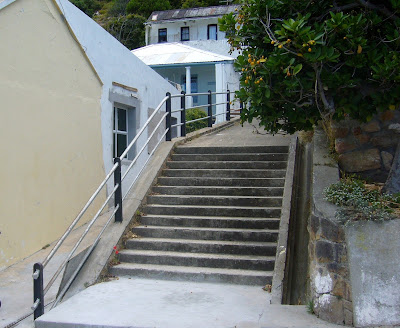 but then she can descend again and enjoy that first beautiful view, or something like this: 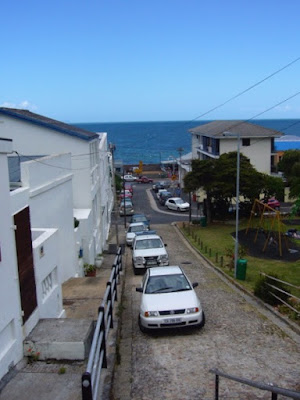 And now her double-quest is well and truly underway.

See you next Wednesday!