So I've recently started watching this Netflix production... so interesting and beautifully made! I'm particularly intrigued with the portrayal of Princess Margaret.

Once I'd conceived the basic idea for my novel 'Cape Town' and set myself the goal to actually write it, I attended a 'Write Your Novel' workshop presented by Catherine Bush at Ryerson University. I believe it was on the first evening that she gave us the exercise based on that game 'Two truths and a lie'. You write them, read them out, then people have to guess which is a lie.

Now, I can't remember what lie I told, but everyone guessed wrongly: that one of my truths was a lie. I told them how I'd been presented to Princess Margaret. Yes, this is true. At the time she was the patron of the Royal Ballet School and came to White Lodge one day on an official visit. Because I was from the Commonwealth, I was one of those lucky enough to be presented to her. Before she arrived, we were taught a special, non-balletic curtsey... as you can see in 'The Crown'.

Princess Margaret was every bit as beautiful as Vanessa Kirby, and her complexion! Truly she deserved comparison to her second name of 'Rose'.

This is where it happened. Sorry you can't actually see the steps or the terrace where she stood! 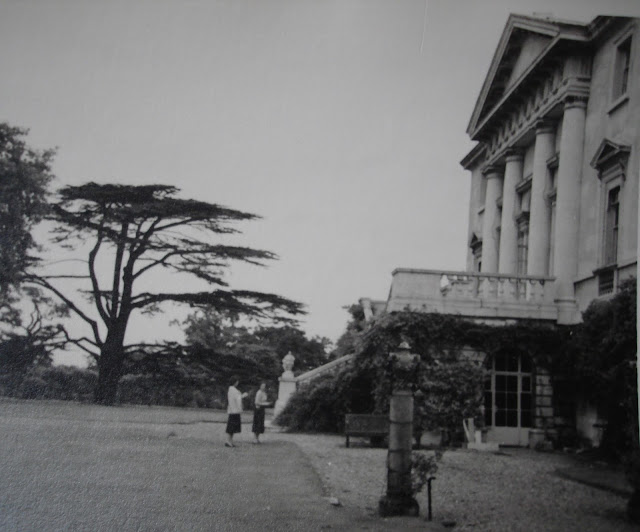